Wuhan a year after Covid struck: ‘Everyone wants to reset 2020’

Wang Fan is a young craft beer brewer in Wuhan. When his city became the first in the world to enter lockdown, he volunteered to help support other residents, and documented the sudden and strict pandemic rules over that harsh winter. One year later, Wuhan is getting back to normality, and Wang Fan is even releasing a special beer to mark the recovery. He and other young people reflect on trying to get their lives back on track while much of the rest of the world struggles with the virus

The Hong Kong media mogul and pro-democracy activist Jimmy Lai has been returned to jail after the city’s highest court ruled in favour of prosecutors’ request for leave to appeal against his already highly restrictive bail order.

The decision will keep the 76-year-old in jail until at least February, even though he has not been accused of a violent crime and is not considered a flight risk.

Navy seizes UUV, likely a Chinese Sea Wing, that experts say could be used to plot routes for military subs

An Indonesian fisher has found what experts say is likely to be a Chinese submarine drone in waters on a strategic maritime route from the South China Sea to Australia.

According to Indonesian media the unmanned underwater vehicle (UUV) was found on 20 December near Selayar Island in South Sulawesi. Six days later it was handed to police and then transferred to the Indonesian military.

Opposition politicians criticised the move and said it reflected the government’s anti-Muslim attitude in the Hindu-majority country.

China’s health authorities have approved a Covid vaccine from state-owned Sinopharm for general use on the population, the government has announced.

At a press conference in Beijing a state taskforce announced the vaccine had exceeded World Health Organization standards and would help establish effective immunity in China.

How Covid has plunged Asia’s captive elephants into fresh crisis

Stripped of tourism money, keepers in India and Thailand are struggling to keep their elephants alive

It has been a tough year for many, and for the elephants at Elefanjoy sanctuary in Jaipur, India, it has been no exception. As the pandemic hit in March, the country imposed a strict nationwide lockdown, and the sanctuary’s dozens of elephants could no longer take their 30-mile daily walks, vital for stretching their legs and aiding digestion.

Health problems began to set in, worsened by a glum mood that beset human and other animal inhabitants of the sanctuary.

‘See your own back yard’ – just don’t poo in it, New Zealanders told

New Zealanders have been called on to show greater respect for their environment amid a boom in domestic tourism that has been accompanied by reports of littering, human waste and wildlife disturbance.

Restrictions on international travel due to Covid-19 have forced New Zealanders to holiday at home, with government data showing some holiday spots are busier than they were before the pandemic despite the absence of tourists from overseas.

The Muslim Council of Britain is launching a legal challenge to the Sri Lankan government’s policy that all people who die of Covid must be cremated, even in violation of their religious beliefs.

The insistence on cremation has caused great distress among the country’s Muslim minority. Islam stipulates that the dead must be buried.

Mob attacks and sets fire to Hindu temple in Pakistan

A violent religious mob has set fire to a Hindu temple in Pakistan’s Khyber Pakhtunkhwa region and attempted to tear it to the ground.

Crowds of thousands, reportedly led by Islamic clerics, descended on the Hindu temple in the village of Teri, in Karak district, on Wednesday and began to rip bricks from the walls and set it on fire.

At least 12 people are feared dead after a landslide engulfed a makeshift village of alluvial gold miners in Papua New Guinea’s Central Province.

Two bodies have been recovered and at least 10 other people remain missing after the landslide at Saki village in Goilala early on Monday, PNG newspaper the National reported.

Wuhan: nearly 490,000 people could have had Covid, study finds

A Chinese study of coronavirus antibodies has found almost half a million people may have had Covid-19 in Wuhan, a number that is 10 times the official figure.

According to the study of antibody prevalence, the infection rate was also far higher in Wuhan than surrounding areas, suggesting the virus had been well contained in the city where the outbreak first began.

Hong Kong: China jails 10 who fled by boat to Taiwan for up to three years

Ten people who tried to flee Hong Kong for Taiwan have been sentenced in a Chinese court to up to three years in jail, while two minors have been returned to to Hong Kong police custody.

On Wednesday, the Yantian people’s court ordered the group to serve varying sentences of between seven months and three years in jail. Of the two people charged with organising the illegal border crossing, Tang Kai-yin was sentenced to three years and fined RMB20,000 (£2,260), and Quinn Moon to two years and fined RMB15,000. 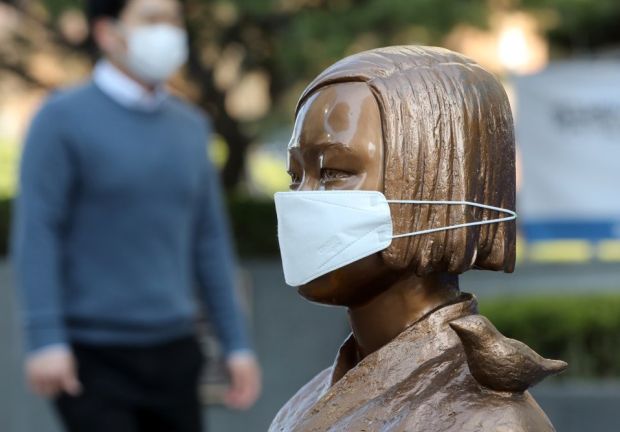 US and EU pressure China over release of Wuhan citizen journalist

Zhang Zhan, who reported from city at start of pandemic, was sentenced to four years in jail

The European Union and United States have demanded that China release a citizen journalist jailed for her reports on the early outbreak of the coronavirus pandemic from Wuhan.

A Chinese court handed down a four-year jail term on Monday to Zhang Zhan, who reported at the peak of the crisis in the city where the coronavirus first emerged. Her lawyer said Zhang was jailed on the grounds of “picking quarrels and provoking trouble”.

In 2013, French documentary-maker Thomas Balmès made a film called Happiness, about an eight-year-old monk called Peyangki in the remote Himalayan village of Laya in Bhutan – and how this boy was responding to the astounding novelties of TV and the internet. Now seven years later, Balmès has returned to Laya and to Peyangki, who has grown to young adulthood in this brave new digital world.

What Balmès has chanced upon now are not simply more instances of how the web has opened or closed that innocent mind: he gives us a sad and sombre love story from the globalised 21st century. Basically, Peyangki is now regularly neglecting his religious studies and is addicted to his smartphone and to the web, though arguably no more so than any other young person in the developed world. And in particular he is into the Chinese video service WeChat, through which he is regularly talking to a woman called Ugyen, apparently a bar hostess in Bhutan’s capital, Thimphu, who sings songs for him.